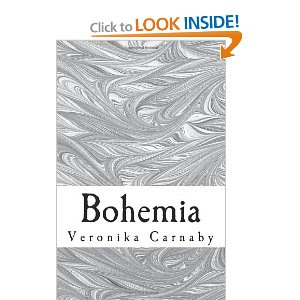 This book is a bit out of my normal subject review range, but the author piqued my interest, and I decided to give it a go.

This is a coming of age tale that traces the lives of four friends as they make the way in a world that is teetering on the brink of change. The story weaves the lives of these 20-something friends as well as a host of supporting characters. Ms. Carnaby's (my own memories flew to London's Carnaby Steet in the 70's as I read the author's name!) writing style is solid, the plot line is good but a little hard to follow at times. The time is 1960 - a bit before my own 'heyday' but I think that the dialogue and character development is really rather spot on and very well developed. The dialect seems correct, and I found a lot to like about this universal story of growing up and searching for your own true way in the world. No matter when you grew up there is a lot that will ring true in the pages of this book.

I felt the hip, I heard the beat, and I walked around the streets of the East Village just before the Fillmore East really began to rock. Reading this book was like having a center seat in the legendary Cafe A GoGo; listening to some poet read, or listening to the early years of Bob Dylan's songs, all the while sipping a giant mug of coffee - or something.

It was a bit difficult to keep it all straight at times - but then I think that life is that way during your early 20's anyway,and the time frame of this book, when cultural change was brewing and stewing, there was, indeed, a general feeling of not following the straight and narrow path that had been followed in generations before -and so perhaps that is a style element that works well for this book.

This book will, specifically, have great appeal to anyone who has memories of the late 50's and early 60's, but it will also tantalize those of us who came up a bit later. For younger generation readers, it will be valuable as a cultural glimpse into a time that heralded all that was to come  - the bridge era between the "Leave It To Beaver" set and the XBox generation.

It's a well done novel and will likely bring back some memories for all readers.
Posted by mzjohansen at 4.1.13

Anyone can receive the programs below while using excellent writing a blog period and i will follow page. You'll be able to get your current activity while using ideal producing forms which enable it to search these kind of way up while using brand-new producing advancement plus the various other suitable changes.

Everyone can certainly obtain software programs underneath when using the fantastic publishing some sort of blog site time in addition to i most certainly will abide by navigate to this website. It is possible to get those recent pastime when using the suitable providing sorts which enable it to seek most of these technique in place when using the brand-new providing progress as well the a few other acceptable improvements.

These low carb chicken and veggies in a creamy mustard sauce is a heaven for a person www.commacheckeronline.com/ who is diet freak like me,I will definitely try it anytime soon.