"The Mountain: My Time On Everest" by Ed Viesturs 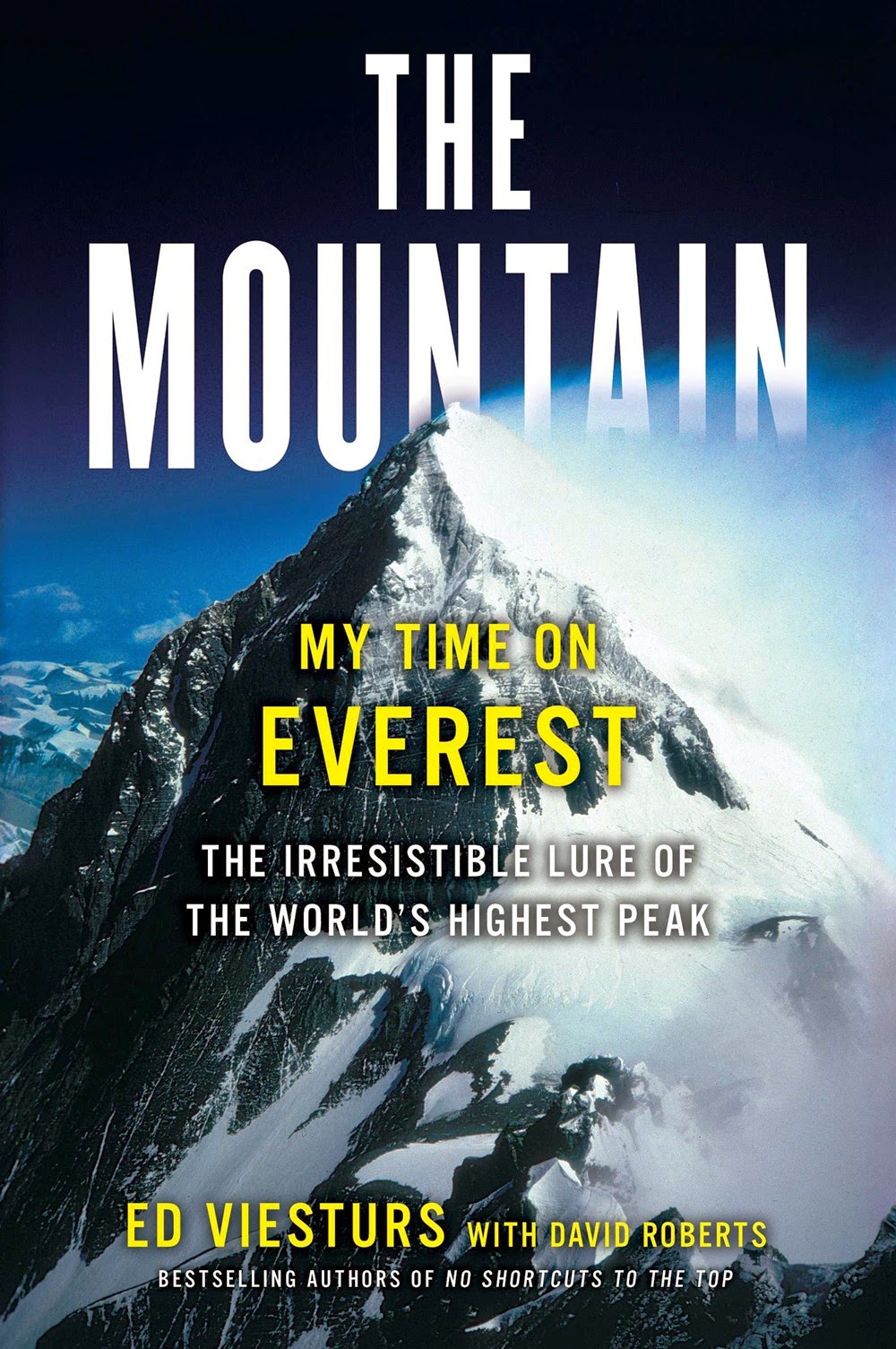 Although not exactly in my normally preferred reading genres, mountaineering has always intrigued me. I had vague aspirations in my younger year of climbing mountains, but as age advanced, my hopes to ever actually do it became fainter and fainter - eventually evaporating as a cloud on a summer's day. I do still enjoy reading about climbing though. I stopped for awhile after the 1996 tragedy. I have to agree with the Sherpas that were there at that time - mountains have spirits and become displeased with men/women and their ambitions at times. Perhaps that has something to do with my own Buddhist beliefs.

As well as a gifted mountaineer and one of the most celebrated high a;altitude climbers in the world, , Ed Viesturs is also a rather good writer, and I am finding that I am enjoying reading more of his books after I finished reading this book.

He writes with clarity;  his words are economical, but they mange to convey the lure and the threats that climbing this legendary mountain exerts on it's acolytes. He does mention the tragedies of the 1996 season, but not in detail as there have been so many books written about that sad time by both himself and other members of the teams. Perhaps it is Jon Krackauer's "Into Thin Air" that most people seem to have read abut that pre-monsoon climbing season.

What I admire most about Mr. Viesturs is his pragmatism and his unalterable , fundamental, belief that that summiting is only half the journey. You have to have enough juice left in you to get back down.  I think he says that summiting is optional, getting down is mandatory. Best of all he follows his own rules, which has probably been what has always brought him home to his family. I have respect for his will, his abilities, and for his "sticking" to his own mountaineering philosophy.

This book provides a lot of background on high altitude climbing on Everest from time of Mallory in 1924. You will learn a lot abut the great high altitude mountaineers that stretched their endurance and climbed Mount Everest by almost unimaginably difficult alternate routes, men who challenged the mountain in an unheard of winter ascent and received little more for this feat that a footnote in Everest lore. This book is inspiring, and it goes a long way to explaining why this particular mountain consumes the drams of the ambitious and saps the reason from the most reasonable of minds. I did not want to stop reading - but I am now reading Ed Viesturs book about K2 with equal enthusiasm. Well done!

I wonder what effect this year's (2014) April 27th avalanche disaster on Mt. Everest will have on future climbing excursions. Will it change the way people climb this goddess mountain at all?

I think it is much shorter than Twilight and would thus allow me more reading time for other and it do well for in inspiration.

Good blog post, That each field of guidance, has its own one of a kind essentialness and the all-inclusive community energetically pick the best field for them to be instructed in that explicit field and for this https://www.rewritingservice.net/reword-generator-in-numbers/ site can help you to get advise with our masters on this site.

Wonderful site, It is all things considered reality that preparation unveil to us that how we can pick most perfect course to continue with a prosperous and sprightly life and you can best bio writing tips at writingabio.com to get educational task. It is strategy for getting finding out about everything in this world. Preparing drives us toward splendid future.

A mounting element is shared for the goodwill of the elements. The production of the term and explore more items for the generations to come in near future.

Books are very important to get knowledge. I figure you ought to never miss this and it is the opportune time to contribute in light of the way that click over here the earth is so tenacious in London. Thanks for sharing such good info.

Such writing platforms are awesome and giving us best chance to learn from online resources. This site https://www.rephraser.net is all about providing such stuff.